Hit enter to search or ESC to close
Weinberg & Company

By Weinberg & CompanyDecember 13, 2018 No Comments

In 2014, the Financial Accounting Standards Board (FASB) said it was upping its cost/benefit analyses for all new changes. It was a heartening statement that the FASB recognizes the cost burden, to both company and ultimately consumer, associated with each new accounting standard that it promulgates.

It was a welcome sign, even though it came in the midst of companies substantially reworking their financial systems to implement two of the largest changes in the history of financial reporting: new FASB standards on Revenue Recognition and Lease Accounting.

Time will tell if the benefits will be worth the cost, but if the findings of a recent Ernst & Young (EY) survey are correct, those benefits will need to be huge.

According to the EY study, almost half the companies polled anticipate a cost between $1 million and $5 million to implement the changes necessary to comply with just the new Lease Accounting rules. The use of outside resources has surged and company budgets have ballooned to meet the impending deadline, according to the study, reports Accounting Today.

The new Lease standard will require organizations that lease assets — referred to as “lessees” — to recognize on the balance sheet the assets and liabilities for the rights and obligations created by those leases. Under the new guidance, a lessee will be required to recognize assets and liabilities for leases with lease terms of more than 12 months.

The recent requirement for implementing the Revenue Recognition standard ahead of the Lease standard is proving to be tough for many companies. More than half the companies (51 percent) in the EY Survey describe their experience of implementing the Revenue Recognition changes as very challenging, while 72 percent of the respondents anticipate significant systems and process changes after the initial implementation.

“Compliance with the new Lease standard has become a larger, more complicated endeavor than many companies originally anticipated,” said EY Americas leases leader Anastasia Economos. “From choosing a system and gathering all relevant data from across the organization to deciphering contracts and identifying embedded leases, piecing together the data and IT puzzle, especially for complex global organizations, is core to the challenges many companies face, but also necessary for a successful implementation.”

Another survey by the Financial Education & Research Foundation, and reported by the Wall Street Journal, found that U.S. public companies paid a median of 2.5% more in audit fees for 2017 — nearly double the amount of increase recorded in 2016.

In that survey respondents cited complying with new accounting standards as a major factor responsible for the increase in audit fees, with most pointing to the new Revenue Recognition rules as the primary driver.

The IRS announced that individuals taking advantage of the increased gift and estate tax exclusion amounts in effect from 2018 to 2025 will not be adversely impacted after 2025 when the exclusion amount is scheduled to drop to pre-2018 levels.

The Treasury Department and the IRS issued proposed regulations which implement changes made by the 2017 Tax Cuts and Jobs Act (TCJA). As a result, individuals planning to make large gifts between 2018 and 2025 can do so without concern that they will lose the tax benefit of the higher exclusion level once it decreases after 2025.

In general, gift and estate taxes are calculated, using a unified rate schedule, on taxable transfers of money, property and other assets. Any tax due is determined after applying a credit – formerly known as the unified credit – based on an applicable exclusion amount.

The applicable exclusion amount is the sum of the basic exclusion amount (BEA) established in the statute, and other elements (if applicable) described in the proposed regulations. The credit is first used during life to offset gift tax and any remaining credit is available to reduce or eliminate estate tax.

More information about this and other TCJA provisions can be found on the Tax Reform page on IRS.gov.

Have you heard of the Regulatory Flexibility Act?

Enacted during the Reagan Administration, the Regulatory Flexibility Act requires an annual review of federal regulations to assure that the rules do not adversely impact smaller companies. It requires the SEC to selectively review rules after ten years in force and allow public input as to whether the rules should continue, be changed or repealed.

This year the SEC’s review list will include a higher than usual 43 regulations. By comparison, only 7 rules got a second look in 2004.

Under the direction of Chairman Jay Clayton, the SEC has been easing the burdens of being a public company. Some months ago, the SEC raised the threshold for defining a smaller reporting company. It is currently developing recommendations for possible additional changes to the definition of an “accelerated filer” that would reduce the number of companies subject to external audit requirements.

Among the rules under review are regulations related to executive pay and related-party disclosures, shareholder proposals regarding director nominations and XBRL. Also public comment is sought on several rules related to preventing naked short selling.

Not on the list is a review of the requirement for public companies to report their results on a quarterly basis, a review requested last August by President Trump. The SEC is acting on the request and may open public comment on the matter.

The SEC had scheduled an open meeting for December 5th to consider whether to issue a Request for Comment on the nature and content of quarterly reports and earnings releases issued by reporting companies. That meeting was postponed however on account of the death of former President George H.W. Bush.

Changing Chairs in the House

The mid-year elections resulted in the Democrat Party picking up 40 seats in the House of Representatives, giving it a majority and the power to replace committee chairs with Democrats, and reset committee agendas.

Restructuring is already under way at the House Financial Services Committee where the likely new chair, Rep. Maxine Waters (D-Calif.), has already directed committee staffers to sketch out new subcommittees that focus on consumer health including a tentatively renamed Investor Protection, Entrepreneurship and Capital Markets subcommittee to focus on annuity and fiduciary issues.

According to a slide template that last month made the rounds on Capitol Hill, the Democrat leadership was also considering a new subcommittee called Diversity and Inclusion, which could envelop issues in financial services such as corporate governance and hiring practices, reports ThinkAdvisor.

The House Financial Services Committee oversees the Federal Reserve Board, the SEC, the Treasury Department and the FDIC.

At the first hearing of the House Financial Services Committee since the mid-term elections, Rep. Waters didn’t waste any time, warning a top bank regulator that things will change under the incoming House Democrat majority, the Wall Street Journal reported.

“Make no mistake … the days of this committee weakening regulations and putting our economy at risk of another financial crisis will come to an end,” said the Los Angeles Democrat.

Before they turn off the lights, the outgoing Republican chair of the House Ways and Means Committee, Kevin Brady, released a revised 297-page tax bill covering Americans’ retirement savings, numerous business tax breaks and a redesign of the IRS.

One element of the bill would end the prohibition of contributing to traditional Individual Retirement Accounts (IRAs) after the age of 70½, but it wouldn’t remove the rule forcing distributions at that age, reports MarketWatch.

Other aspects of the bill would extend 529 education plans for unborn children and allow 529 plans to be used for apprenticeship programs and home schooling. The legislation would also clean up some issues in the 2017 Tax Cuts and Jobs Act (TCJA). Rep. Brady played an instrumental role in getting the TCJA through the House and unto the President’s desk last January.

“The policy proposals in this package have support of Republicans and Democrats in both chambers. I look forward to swift action in the House to send these measures to the Senate,” said Brady.

If it ever makes it to the Senate, because it is not part of a reconciliation bill, it will require the support of Senate Democrats. The ranking member of the Senate Finance Committee, Sen. Ron Wyden (D-Ore) dismissed the legislation as a “political exercise chock-full of early Republican Christmas gifts.”

What a nice holiday gift from the Tax Foundation!

The Tax Foundation says that with the passage of the Tax Cuts and Jobs Act (TCJA), many Americans are wondering what will actually happen to their tax liabilities when they file their 2018 taxes in 2019. So, they created a tax calculator.

Select a profile, or create a custom scenario. Plug in a few numbers and out comes an estimate and a comparison to the old tax law.

Should go without saying, but the Tax Foundation warns that their tax calculator is for estimation of the impact of the TCJA on taxpayers. It does not fully represent all potential tax scenarios and liabilities, and should not be used for tax preparation purposes. The calculator in its current form includes most aspects of the federal individual income tax code except provisions related to business income. This calculator is for educational use only.

“Those who travel the high road of humility in Washington, D.C. are not bothered by heavy traffic.”

(From a small business owner to his accountant)

It’s been too long since we talked, hope your Thanksgiving was great,

It’s time to figure my taxes, don’t want to be late.

The government keeps spending, says it needs my money,

When the new tax bill was passed, I expected a break,

But I chose to live in this state, I regret that mistake.

My state’s income tax is high, sales taxed to the sky,

But with the lowered Estate Tax, at least now I can die.

I’m standing out here with a payroll to meet.

Yes I run a small business, or should I say it runs me,

Regulations are many and each comes with a fee.

Let’s talk early you tell me, before year-end is near,

Tax planning you say, is best done all year.

But I’m working long hours, making a profit is hard,

Please tell my Governor to cut out the lard.

But if the feds can cut taxes, can’t my state do the same?

So here we are in December, and again you are right,

Should have come to you early to reduce my tax bite.

So I’ll get my numbers together, and send them to you,

And you can advise me and comfort me, as you usually do.

Look hard at my figures, so I don’t pay too much,

Just please tell me this year, I’m not getting crushed. 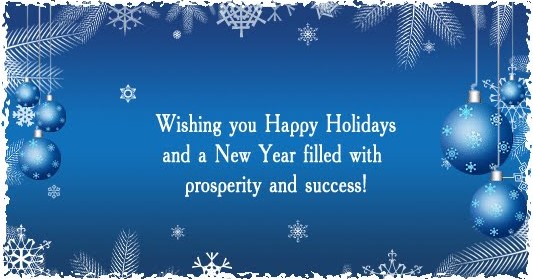 DISCLAIMER:
Our firm provides the information in this e-newsletter for general guidance only, and does not constitute the provision of legal advice, tax advice, accounting services, investment advice, or professional consulting of any kind. The information provided herein should not be used as a substitute for consultation with professional tax, accounting, legal, or other competent advisers. Before making any decision or taking any action, you should consult a professional adviser who has been provided with all pertinent facts relevant to your particular situation. Tax articles in this e-newsletter are not intended to be used, and cannot be used by any taxpayer, for the purpose of avoiding accuracy-related penalties that may be imposed on the taxpayer. The information is provided “as is,” with no assurance or guarantee of completeness, accuracy, or timeliness of the information, and without warranty of any kind, express or implied, including but not limited to warranties of performance, merchantability, and fitness for a particular purpose.